Bangalore Club was established in 1868 as the Bangalore United Services Club for the officers of the British Empire. Originally the buildings were occupied by the Polo Club which moved out in the beginning of the 1860’s. In 1863, some officers of the United Services started their informal club in the premises. For reasons which are not very clear, they did not formally announce the existence of the Club till 1868, when it was formally inaugurated as the Bangalore United Services (BUS) Club. Many a past great have been the members of the Bangalore United Services Club including past British Prime Minister Sir Winston Churchill during his stint in India from 1896. In the three years that he was a member of the club, Winston Churchill spent more time away than in station. Part of the 4th (Queen’s own) Hussars, he participated in three battles and, while in station, played Polo and read books. Apart from battles, books and polo, Churchill in India had one other interest – a beautiful young English girl who lived in Bangalore at the time called Pamela Plowden. The romance ended when Pamela returned to England and chose to become Lady Lytton. As an indelible mark of his Indian days, Churchill left behind a debt of Rs. 13/- at the Bangalore Club which was written off by the committee on 1.6.1899 as an ‘irrecoverable sum’. 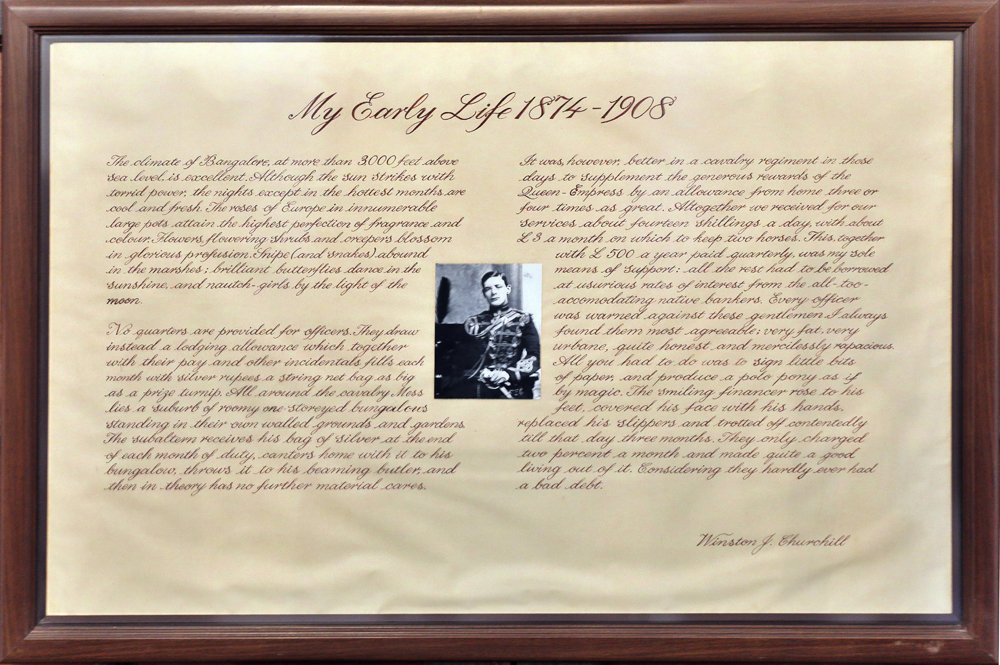 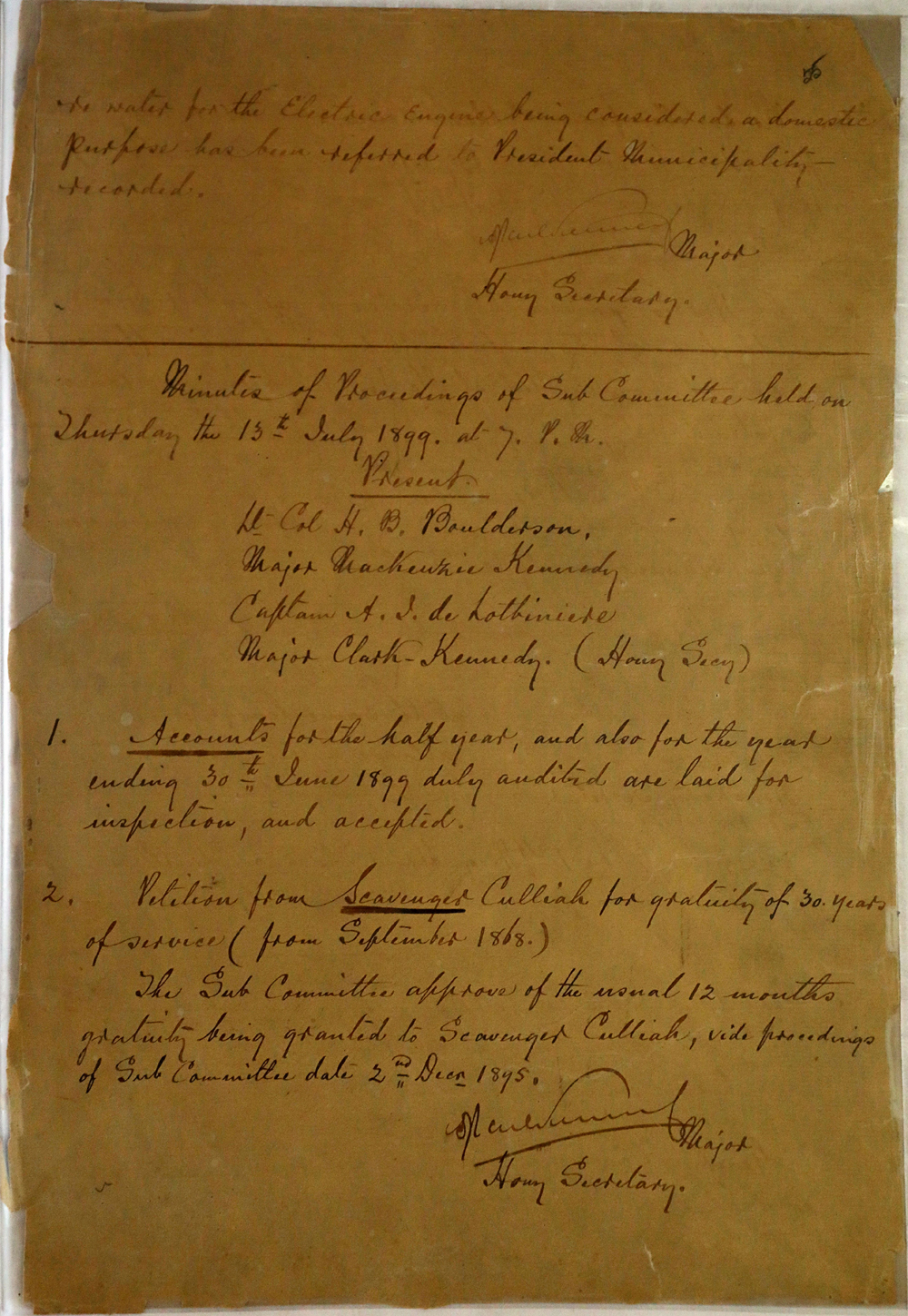 It is not known whether any records were maintained for the club before 1897. However, from 1897 till 1946 when the club became the Bangalore Club, records in the form of the Minutes of the General Committee, the Sub-committee and later the Finance Committee, the Entertainment Committee and so on exist. In 1897, the club as it exists now, i.e. the main building including the Club House and Colonnade, the bachelors quarters (Room 1, 2, 3 and 4), the cottage housing the present library and the racquets (the present squash) court existed. The main Club House was being used much as it is being used today except that cards were also being played there. The cottage was lovingly named ‘DOVECOT’, (actually Dovecote). Though the cottage was an isolated one, it obviously did not have nests for doves. Presumably, since the cottage was meant for the exclusive use of the ladies prior to 1899, the men chose to call it the ‘DOVECOT’.

In 1899, it was decided to house the library which was inaugurated that year, in the ‘DOVECOT”. The annexe was built in 1907, as an annexe to the ‘DOVECOT” and not to the Club House. Frequently referred to as the Ball Room, the annexe thereafter was the place of entertainment. Dances were held there, cinema shows, magic shows, musical performances, flower exhibitions, cabaret, private parties, and later, even weddings. After the construction of the annexe, ladies got to be elected formally but their election was specifically stated as “elected to the annexe” and not to the Club. With the construction of the married quarters, the entry of ladies on specific occasions and for specific purposes in specified areas of the main Club became inevitable. This was gingerly acceded to with admonitions on time and passage restrictions. However, the First World War and the World Economic depression, not to speak of the ardent desire of some determined young officers, changed all that resulting in the inauguration of the Mixed Club in June 1939, after elaborate discussions lasting over a whole year. Men still got their stronghold like the Men’s Bar, the Men’s Card Room and the Men’s Bridge Room. However the main Club House had a mixed bar, mixed card room, mixed lounge and mixed billiards room where certain tables where reserved for men. The very first Indian who was invited to use the Club was the Maharajah of Mysore. On his accepting the invitation, he was entertained to tea at a formal function in the Club’s lawns to mark the occasion. The First World War saw the advent of Indian Officers who fought shoulder-to-shoulder with the British and hence could not be ignored. After considerable discussion over a period of time, the Club rules were amended to provide for the admission of Indian Officers in 1915. Col. Des Raj Urs was the first Indian Officer to be formally elected to the membership of the Club on 25.1.1918. The inevitable soon happened and an Indian Officer was also elected to the General Committee. A Club that had pulled up a member for introducing a ‘native gentleman’ had now come to realise that Indian gentlemen who may not be in the services could not be kept out for long. 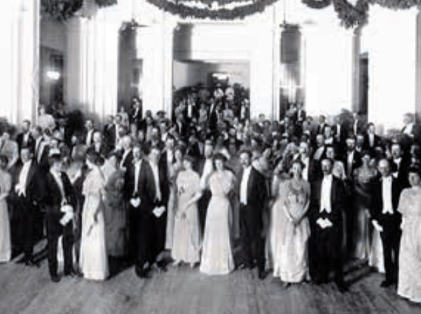 The War years saw the depletion of the garrison and the emergence of Brigadier R.C.R. Hill - the person who singlehandedly piloted the transformation of the Bangalore United Services Club from the Old World to the New India by changing its very character from a Services Club to a Civilian Club – the Bangalore Club in 1946. Brigadier Hill passed away in 1967 at the age of 88, having retired in 1962 as the President for 20 years - one of the longest cases of ‘Staying On’ in the history of Colonial Clubs in India. He left behind a legacy of discipline combined with leisured living that has remained and will remain the hall mark of the Bangalore Club. But for him, we would not be celebrating the 150th anniversary of the Club.

Some text in the modal.